By meadowmice in Uncategorized on March 31, 2019
8 comments

Well … that was a surprise! I have to admit to feeling a bit smug last night when the weatherman forecasted 20 cm of snow for some areas just north of Ottawa. “20 cm!” I snorted, “Thank goodness that isn’t us!” We were scheduled for rain. Lots of rain playing on the roof to make it a good night’s sleep. 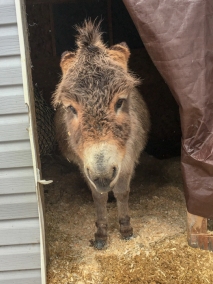 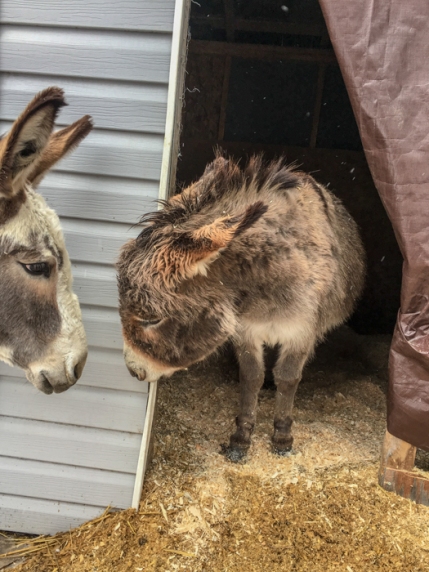 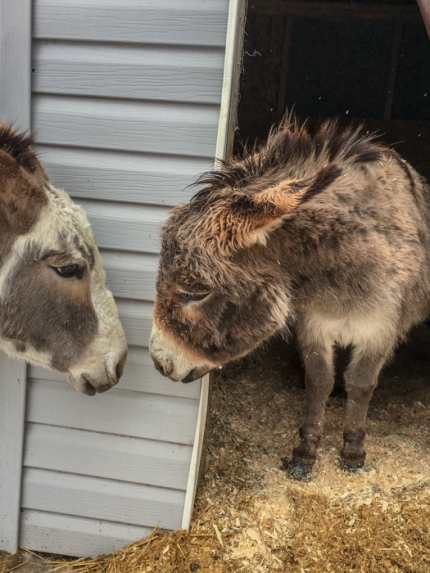 Rosie was already in ears back mode when I headed out first thing. I take the jennies their breakfast and let the goats (and sometimes the chickens) out before we have our meal. In that first picture she has them laid back so far it looks like she is sporting a ruffled mane. Darby didn’t have much luck cheering her up. 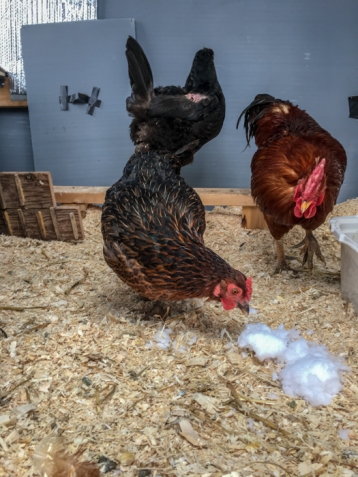 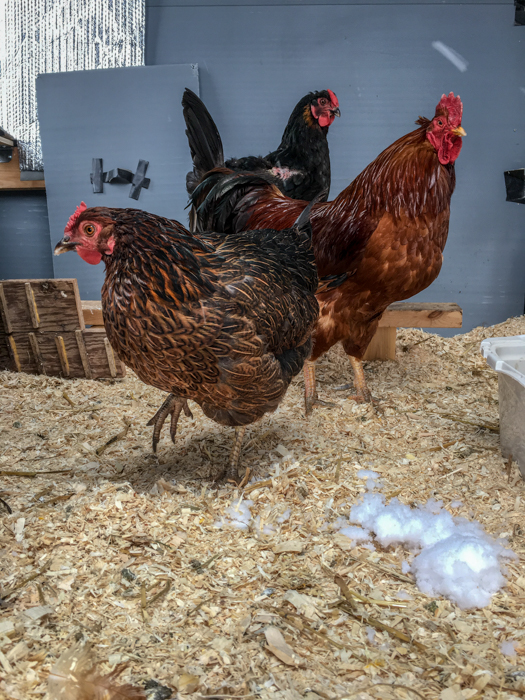 The chickens ‘thought’ they wanted out … until I delivered a snow treat when I passed by. The hens LOVE to nibble at the snow on my boots. So I plucked up a little snowball and left it for them to investigate while I cleaned up. (It is amazing how much poop three little chickens can deposit overnight!) I had to laugh … After taking a nibble at it I swear Goldie and Lily were doing a ‘brain freeze’ dance! 😉 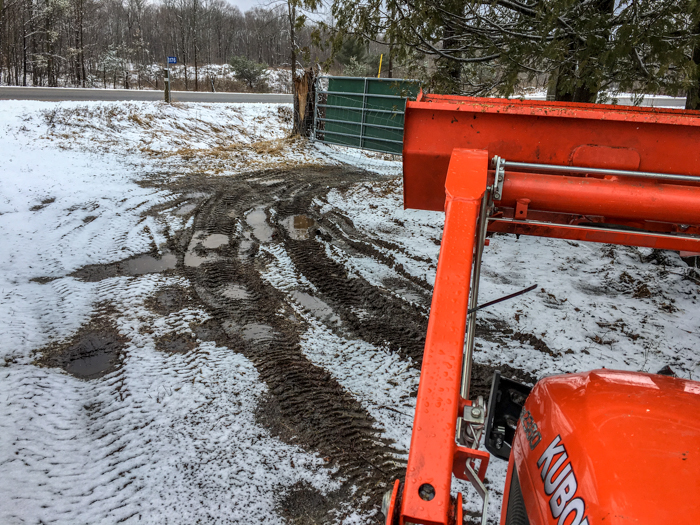 I now have a tractor. SUCH a great addition! It is part of the ‘Can I do this when I’m 80?‘ approach to planning. It is small enough that I can drive it right into the manure bin! Yet big enough to pull and carry most things I’ve needed it for.

Don’t you just love the colours of spring? 😉 Green is for later … the next few weeks will be featuring browns … many, MANY shades of brown. (And perhaps a little white for a while…)

The jennies will argue with that. They’ve found that the moss on the rocky hillside is accessible again. They’ll munch on some of those old oak leaves too. They have another six weeks or so to be up there. Then come the middle of May it gets closed off until late in the summer. Too many greens wreak havoc with their digestive system. Especially Rosie – who is highly prone to problems with sugars.

Darby is such a dear these days. She has had some of her bossy nature chipped away. Bella is giving her a good run for her money! Figures … Darby taught her everything she knows. She is soooooooo attentive to what I’m doing. I think she would love to have a pulling job – or some type of challenge … I’m thinking on that one. For now she is happy to follow my direction if I need her to move the jennies somewhere, like to the other paddock, or even will babysit the goats if I am not around. She is a good watchdog as well. We had a painter by yesterday and as he rounded the back of the house to get some measurements she let out a loud bray that gave him quite a start! 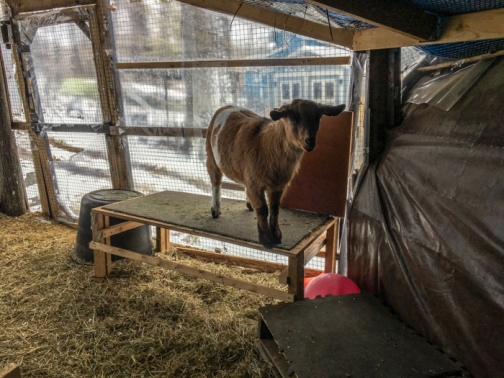 When I returned to the back paddock I kept some time to visit with the goats in their ‘fort’. It was first built to be our Guinea hens outdoor run. Then it morphed into a home for my rooster flock. Finally, last spring, it changed again to the ‘fort’. There is a little room (about 4 feet by 6 feet) attached that serves as a warm ‘bedroom’ in the winter. The other side of the fort opens up to the hillside where we set up a paddock for them. Dorothy and May arrived last June with their mother and a little billy. The two adult goats kept them company until the fall. A great way for them to feel at home here.

This is the layout we work with now. The ‘Hay Barn’ in the back paddock has now turned into the feed and tack room. The ‘People and Flower Woods’ turned back into the donkey and goat woods last fall when I just couldn’t lock them away from all that beauty and the great rocks and hillside to run and play on. It is the area that gets closed off when things are so green in the spring and early summer.

Out the window to my right I keep catching glimpses of flurries and little blizzards. Although it keeps falling it is melting! Funny how much nicer it looks in November than at the end of March! 😉