By meadowmice in Uncategorized on May 16, 2017
5 comments 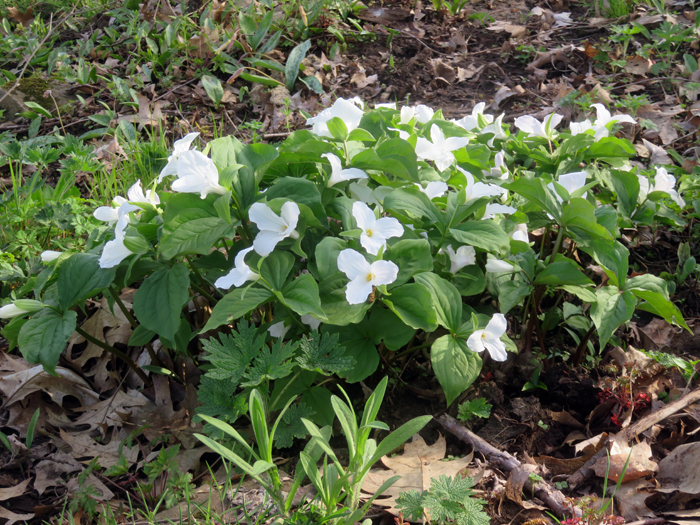 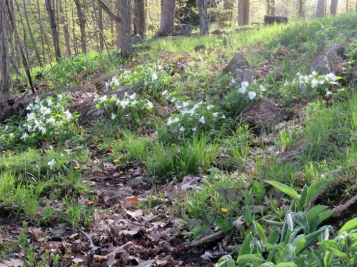 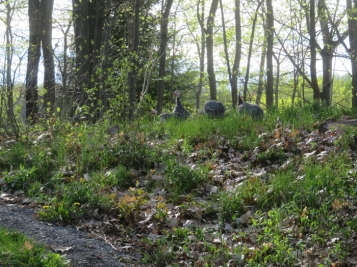 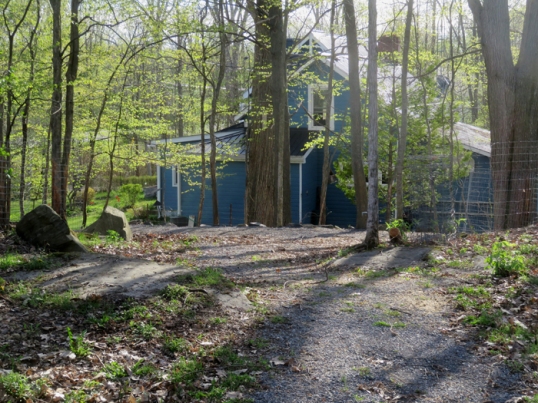 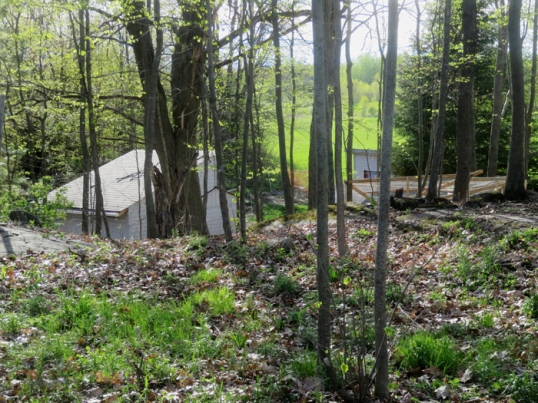 Guinea Lessons – Day Three
Yep! I am still following our Guineas around! They are just so fun to watch when they are exploring new things. Today’s lesson – WE CAN FLY! HIGH! HIGH! HIGH! There were many hours that I did not watch the Guineas. But quite a few when I did. It seemed that today there were a multitude of opportunities to face fence lines. The first time I noticed was when Miss Charlie was on the west woods side of the fence while all three roosters were still in the Donkey Garden. What a ruckus!! She can be quite bossy and those boys were NOT where they were supposed to be. 😉

Eventually all three roosters decided they would go UP. And I mean WAY … UP! There is a great old maple tree in that woods that is knarly and whose branches slope down to a main group of four trunks. It is a good thing! As the Guineas were willing to fly UP but not to fly DOWN! 😉 They clucked and whistled and chirred their way slowly down the branches to Miss Charlie who was yelling at ground level. Ha!

A while later I called out to them as I had stopped hearing their twittering. They popped out on the hay field side of the Donkey Garden fence. This time three made it through the fence while Miss Charlie got left ‘out’. She skittered back and forth and back and forth … while I walked slowly over and then lifted the snow fence. SCOOT! She was on the right side of things now.

When I had finished up the afternoon chores I went looking for them in the east side woods. I had enjoyed watching them scale the rocky hillside at the back of the paddock just a while earlier. Sure enough – there they were – once again all on the ‘other’ side of one of our fences. This time heading for the playground and the fair grounds. Although I was sorely tempted to skip over the fence myself and see if I could talk them onto the slide … I figured that was for a day far in the future. 😉 So I called them back and again … two made it through the fence and two were flummoxed on the far side. Going UP seemed to have fallen off the radar. Eventually I again walked over and slowly lifted the fence which allowed them to zoom through.

As they disappeared over the hilltop I could hear them heading for their coop. I had shaken their millet jug and rang the cow bell earlier. They sure are funny when they run. They hold their wings out a little from their bodies. They look like a group of ladies trying to elbow each other out of the way! I’ve left them access to their run and will go out when it is dark to close things up. They’ll likely be asleep on their roost by then.