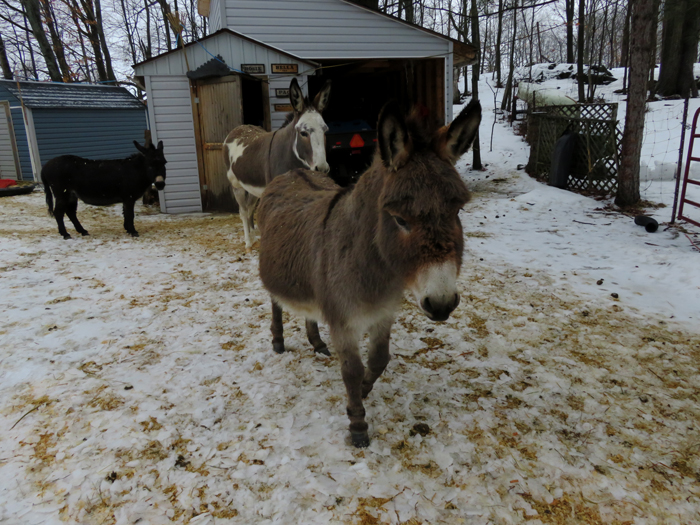 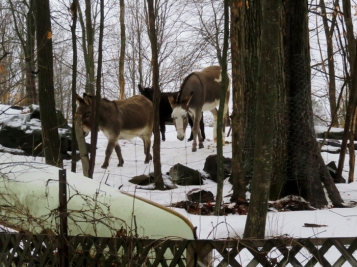 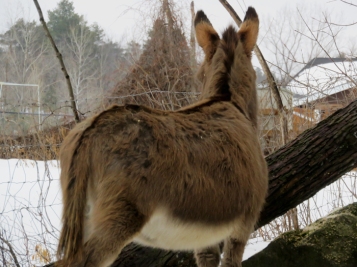 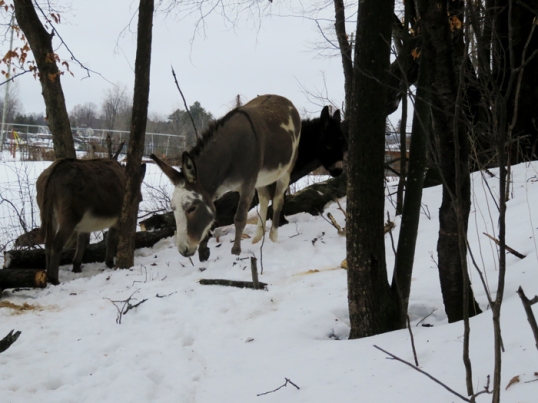 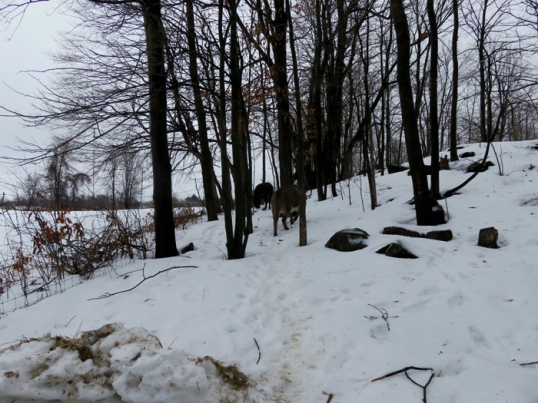 This morning the jennies and I were going about our business when a loud SMASHING sound brought us all to a halt. It was good news. We have a large maple tree that has grown in to a ‘bouquet’ of trunks. Have you ever seen one of those? It has five trunks all growing out of one area. They each make it to the ground separately but have grown as if they are holding hands in a circle. One of those came down in last year’s heavy snows. Well… almost down. It got hung up in three other maples growing along the fence line. The trunk was so thick and heavy there was no way we were going to be able to take it down by ourselves. It got put on the … later list. Turns out today was later. Only problem was when the supporting crew let go it then landed on the fence. So out came the tools. Which is an automatic magnet for Rosie the Riveter. She’ll step up for any job that requires power tools. The noisier the better! With some grunt work we managed to chop up a good half of the offending trunk. And that served up a delicious treat for the jennies. The do love to chew! 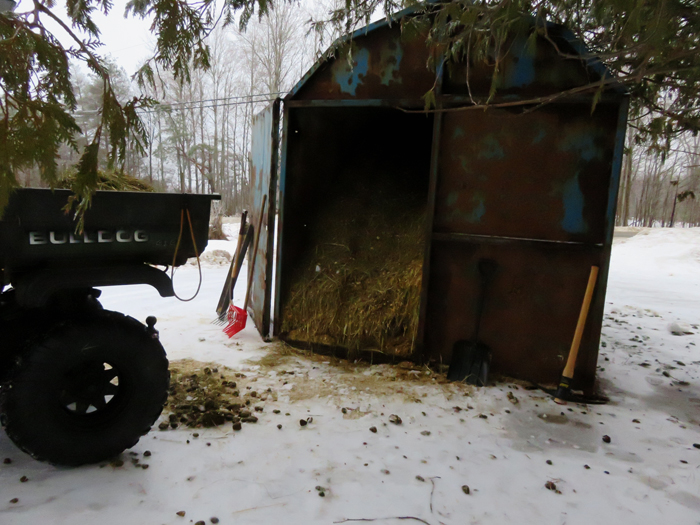 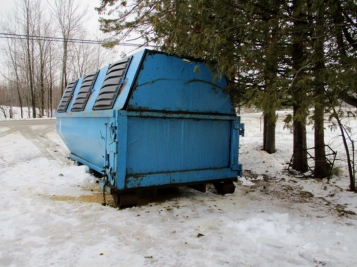 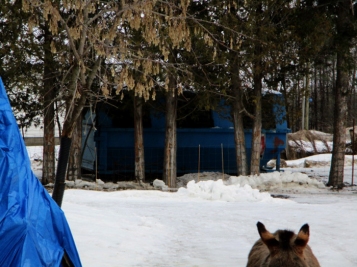 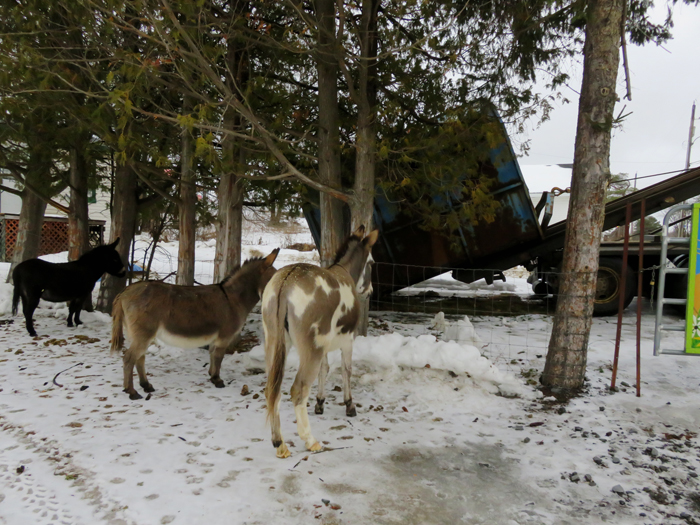 It was a day for loud noises – and celebrations. Our old decrepit rusting ruin of a compost bin FINALLY got taken away. We’d made arrangements in September for it to be gone. Very long story short today the new one arrived. Pretty spiffy in comparison. It IS going to sport a series of murals that will be camouflage. That is a summer project I am greatly looking forward to! In the meantime it is spacious, clean and blue with very little rust. I’m hoping it will be good until the spring before it needs emptying. 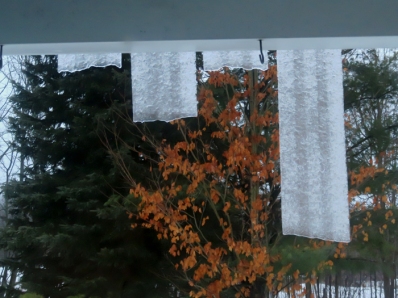 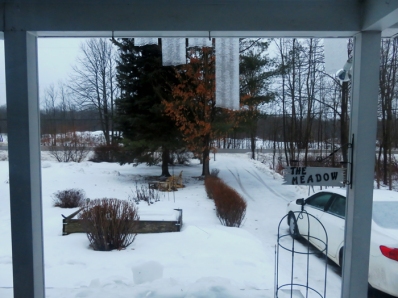 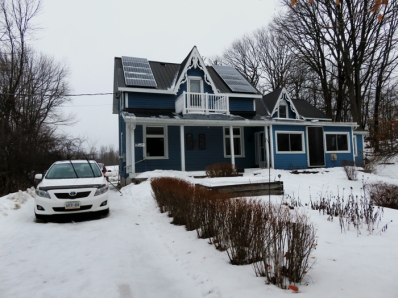 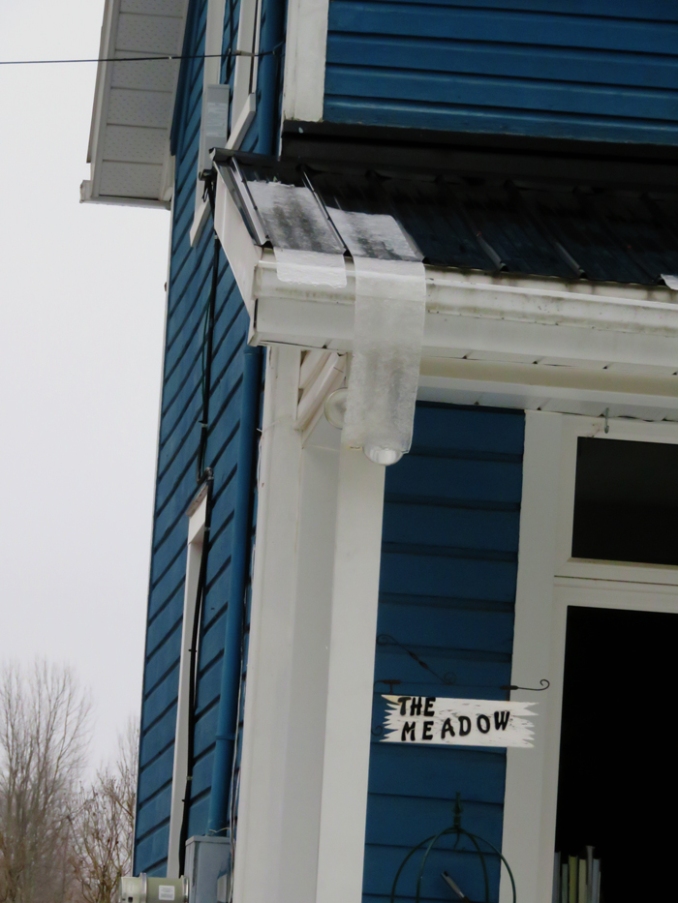 The next commotion was the ice falling off the roof. We haven’t seen this happen before… The ice was like rubber … slowly curling down off the eaves like long strips of that fruit roll up candy my students used to eat. 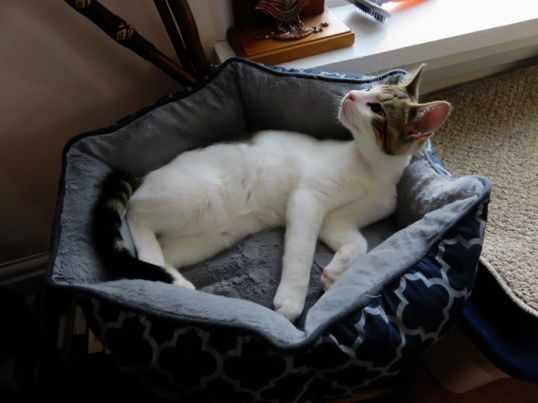 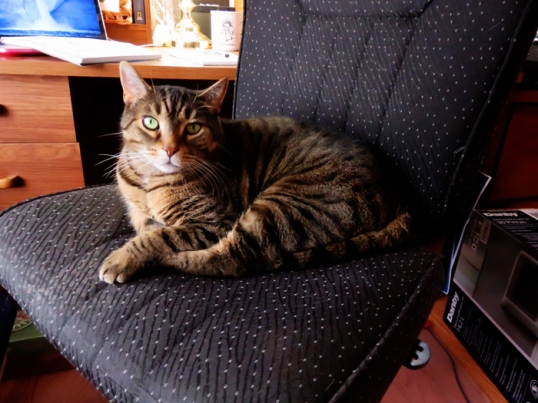 Teddy and Oz were not impressed. Those were some weird sounding slumps when that ice let go. 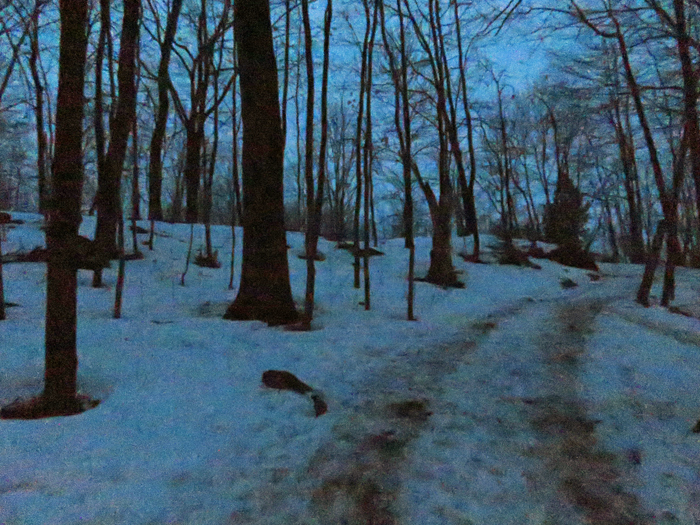 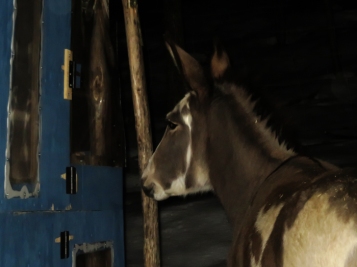 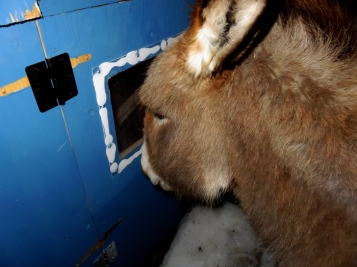 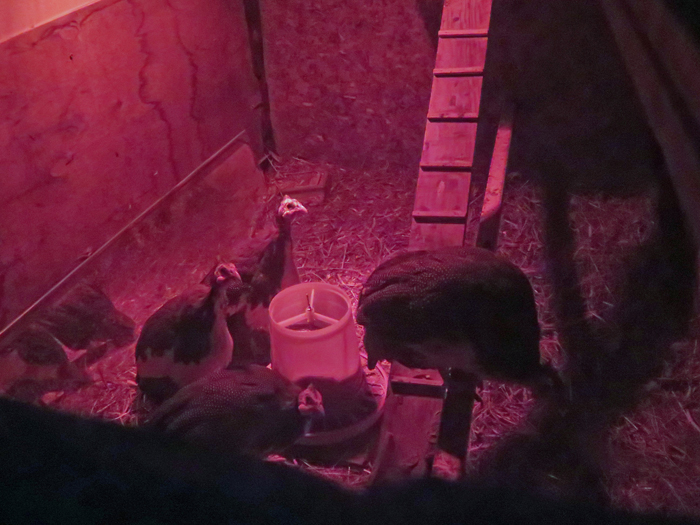 As it started to get dark the rumpus continued. Sir Henry and his buddies were wondering when I was going to show up with this afternoon’s millet. I’m not sure who has trained whom … it was their wild and crazy squawking that reminded me I was late for my part of the bargain. The donkeys are not nervous about those sounds any more. In fact, as you can see, they are all the more curious. I didn’t get to see if Miss Charlie got scared off her perch tonight. It was just too much fun watching the donkey’s expressions as they looked through the coop windows!

I hope tonight will be a little calmer. I heard on the news that this is the turning point in the winter. Seems there is more winter behind us than ahead of us? I don’t agree with that idea. February and March seem MUCH longer than December and January … Maybe they meant light … All I know is that I need to keep snow and cold in mind at least until the end of April. Can’t start dreaming about spring yet!

Before I forget – a note to my email subscribers. I’ve been creating collages of pictures lately for the blog. They look quite good on the blog site … but small and scattered in your emails! I can’t seem to figure a way around this. So, if you’d like a more appealing view of the goings on here click on the email title and that will take you directly to the blog. There you can click on each picture to get a closer look if you are on a small screen.