When we finally said goodnight … 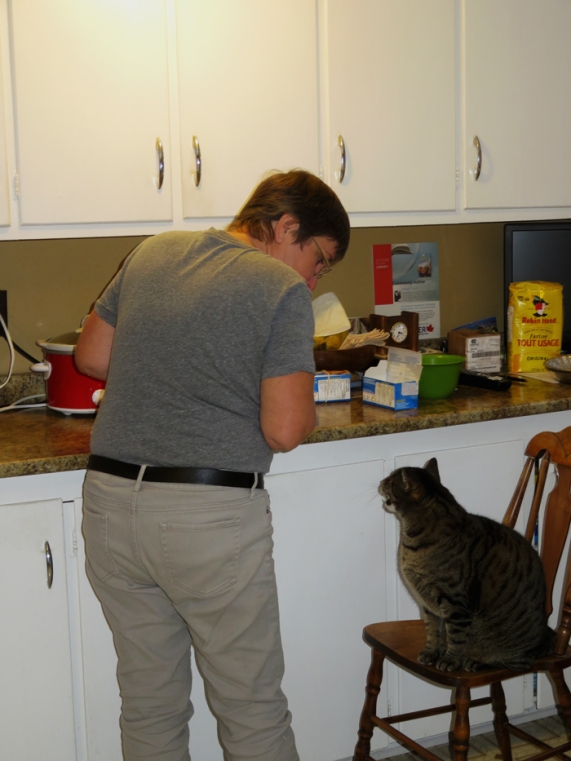 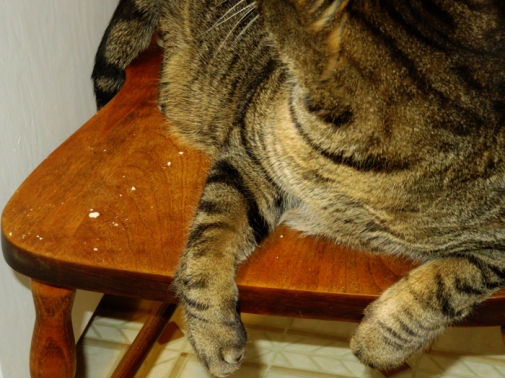 … we’d accomplished a LOT in one day. I spent the afternoon making another batch of apple pies. Teddy decided he had better help out. After much conversation (on his part) I realized he wanted a chair with a closer view. And there he sat – I thought wanting to watch what was happening … but no! He was hoping to help clean up any extra pastry. He was quite happy to discover that some kept falling on his perch!

We spent the morning fixing up a ‘snow wall’ on the southwest side of the front paddock shelter. This is the shelter that started as a shade wall. In the spring the others wanted to lay in the sun – but Bella would get too hot very quickly. She would stand up in the woods and whine until they would go back to the shady barns with her. Once she had the shelter she could snooze in comfort right beside the rest. For the winter I spun it around to be a wind break from our north-westerlies. Then I realized our snow often comes courtesy of east winds. Now this is what it all looks like. An awning (blue) with supports and a drop ‘curtain’. And a snow wall.

We had just finished putting up vapour barrier and landscaping fabric as the snow break and were cleaning up to do other chores … when behind us we heard ‘RIP’! Bella had walked right up to the fabric layer and pulled it down. Hence the layer of green fencing (on both sides) for protection.

Ede had gone inside while I finished up the paddock chores. The jennies had all gone to the back paddock before we finished. As I left to go elsewhere she got to watch Bella head to the front to check out the shelter. She rushed at the new barrier and tossed her head – strutting her stuff. She was not pleased that the end was now closed in. She ran full tilt around the paddock and came back to challenge that new fangled wall! For a minute Ede thought she was going to turn her back on it and try to kick it away. By the time I returned she was giving it a good go trying to bite at the fabric through the fencing … but gave up.

I’ll be very interested to see what happens with tonight’s snowfall. My hope is that the hay in there stays dry and snow free. In fact I wouldn’t be surprised to find the jennies curled up in that warm bed come morning time!

2 comments on “When we finally said goodnight …”