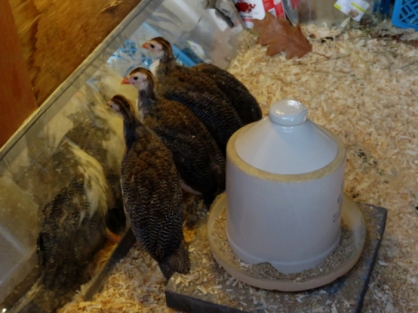 They’re in love with their neighbours. 😉

Ede put up a screen so the top of the coop can be open to the fresh air. 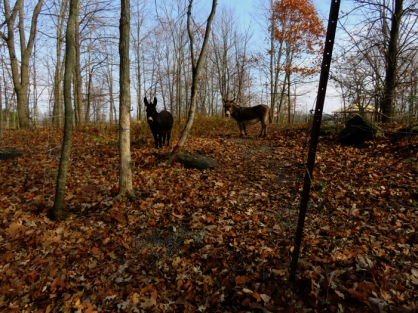 The lookouts … this is where the jennies go when one of them is off walking with me. 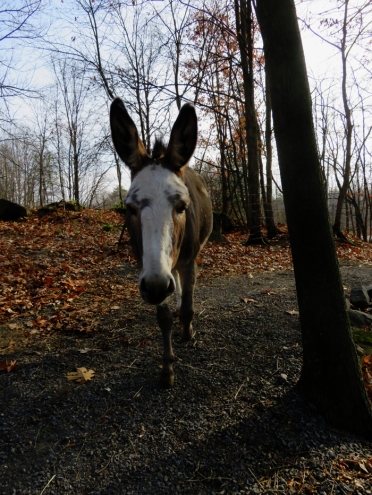 Darby would dearly love to be the walker. 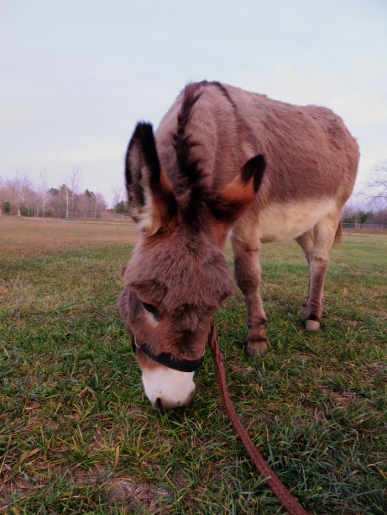 I am loving this fall. Mild. Dry. Green. In fact, I’ve started walking the jennies over to the fairgrounds again. We need to go one at a time. If the road passing us and the grounds was not so ‘fast’ now … I could imagine taking one on a lead and the other two would follow. But … not now. Our road used to be pressed gravel. And it used to stop at Wagarville. Then it stopped at the Depot Lakes. Now it goes through to Tamworth … and is paved … smooth … and people drive it much too quickly. I can easily see a curious Bella or a joyfully running Darby darting out right in front of one of those speeding cars.

This morning Ede installed a screen on the top part of the coop dutch doors. Now the Guineas can get an even better sense of the smells, sounds and temperatures just a few steps away. They really are so curious about what is ‘out there’. Tonight they almost beat me to the nesting boxes as I put down the millet. It really does seem to be so that if you do something over and over and over … and over they get it.

I had a wonderful afternoon. I was visiting with 96 year old Melville Good. He owned a business in our village for sixty some years. He also worked on the fair for many of those. For some of that time he would MC the entire weekend. Tirelessly chatting away on the microphone to keep people in the stands entertained. He talked about growing up on his family farm. The same place he lives now. He worked at the shipyards in Kingston during the war. Came home when that was over and began farming and running his business. Many good memories. I’m glad I had the privilege of hearing some of his tales.