Howling at the Moon

Hmmm … strangest water bucket these two have ever seen!

So there we were – finishing up our afternoon – watching the sun go down … when from all directions around us …. howling ... singing …

That was strange … something had every coyote in more than one field around us singing at the top of their lungs. Oh! I remembered!

Night number two of the SUPER MOON! I couldn’t see it … but the coyotes on the hill sure could. So the jennies and I headed up to our highest point in the woods. The pack kept singing so I knew it was somewhere. The horizon was a red glow. Looked more like the sun going down than the moon coming up. Incredible. I haven’t watched the moon ‘come up’ before. It literally moved up into the black sky … floated up through the clouds … even as I watched. I pulled myself away from taking shot after shot when I realized Bella was chowing down on my boot trying to drag me back to the paddock. She was hungry. Not really into moon gazing for that long. The coyotes had stopped singing too. I’m still pinching myself. Did they really sing the moon up? I think so!

See how little Miss Charlie is compared to the others? 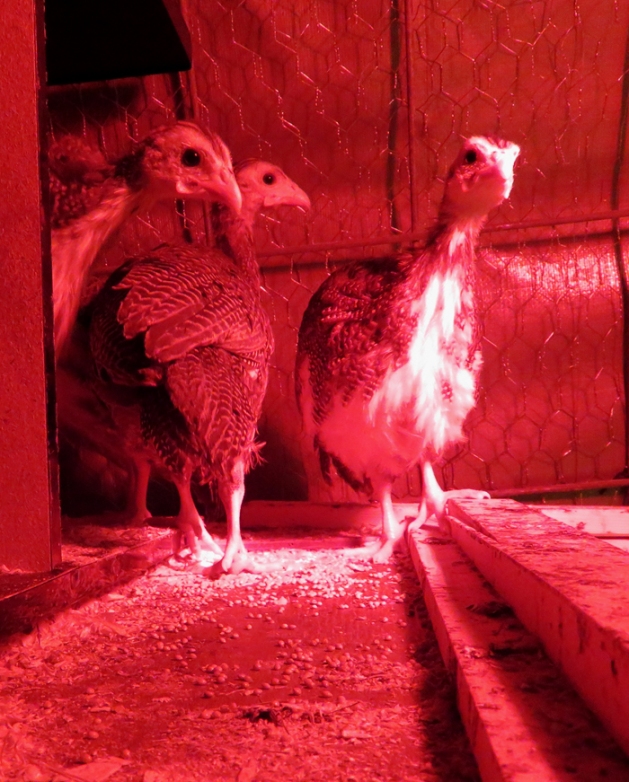 Each night I sprinkle millet when I turn out the white light. 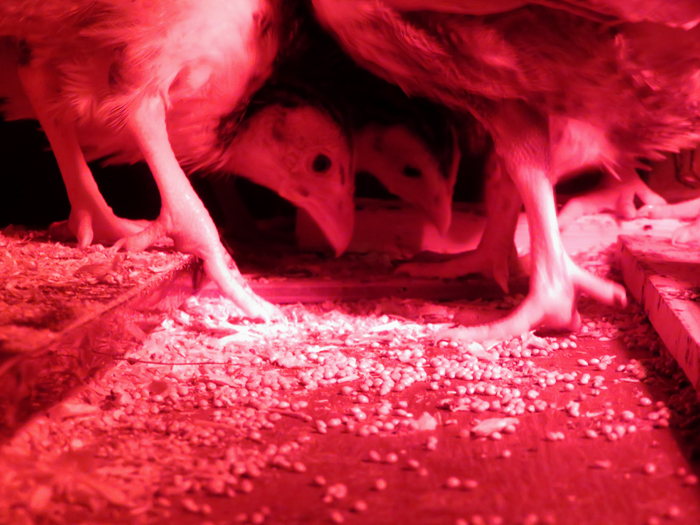 I could stare at these guys for a LONG time!

Meanwhile in the coop all was calm. The Guineas look so cute perched at their windows looking out at the action on the Bully Road. As it starts to get dark out I scoot in and sprinkle white millet seed on their nesting box platform. Some nights I have to gently herd them in that direction. Tonight they seemed to remember what the routine was and got themselves there on their own. I stand as close as possible to watch and to listen. I know I hear at least one hen. (Guinea hens make a two syllable sound something like ‘good-luck  good-luck’ or ‘buckwheat – buckwheat’. Guinea roosters make a one syllable sound that sounds like ‘chi chi chi’. I think I was hearing two hens tonight… ? It would be great if one of the twins was a hen. I’m not sure about that though. I think my bet is still on one hen and three roosters. After visiting Cari’s birds yesterday I could be well into their adult lives and still not know for sure! Interesting critters these guys.

Hope you found some time to oooooooh and aaaaahhhhh at that moon! Love that it is the same moon that is shining on us all right around the world!

2 comments on “Howling at the Moon”