… however, cheers to their babies … who are stepping up to take the gauntlet! 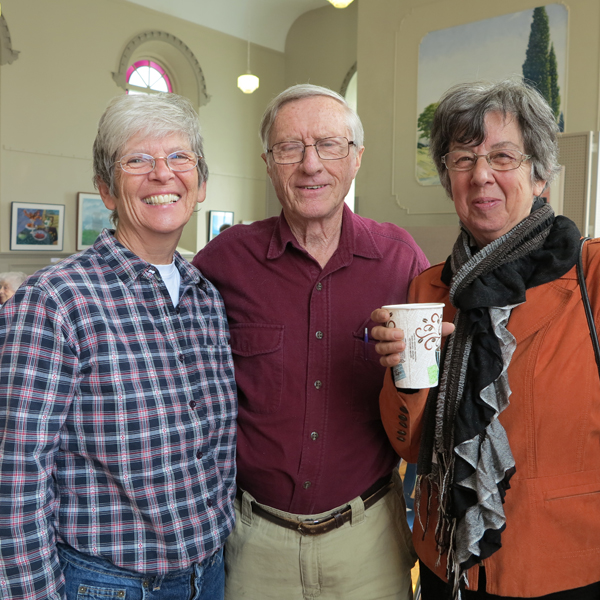 Yesterday Ede and I traipsed on down to Sydenham’s Grace Centre for the nomination vote to elect the Liberal candidate for our new federal riding (Lanark – Frontenac – Kingston). I have never been involved, officially, with any political party. But this time around I decided to become a card carrying member of the federal Liberal party.

The hall was packed … and quite a few of ‘us’ had either totally grey/white hair … or trendy peppered tops. 😉 It has been almost a year that I’ve been retired now. And I’ve been noticing all around me the same phenomenon I experienced when I first started working … only … in a strange turn around fashion. 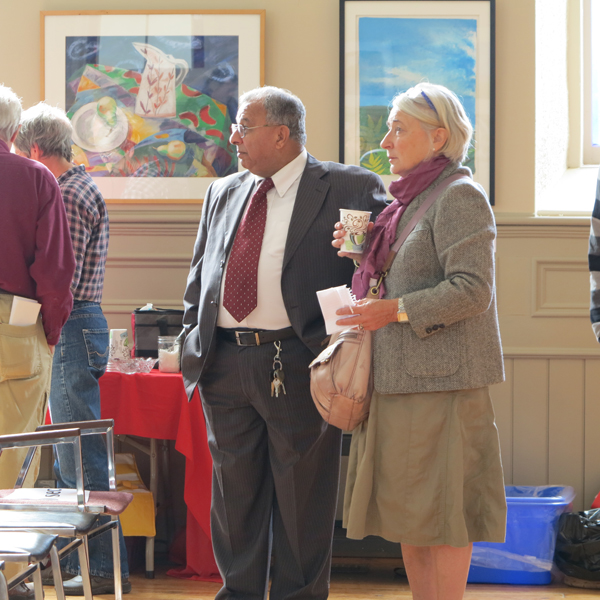 When I was a new teacher … there were few other newbies … as there was such a big bulk of the baby boomers ahead of us there were fewer jobs opening up. Now  … the strange twist is that all around me again are those baby boomers however when they step back from being involved there is a dearth of new retirees to take their place. So organizations that run on volunteers (like our local Fair Board, the Little Theatre Company, the local Railway Museum, the Food Bank) are starting to scramble for people to take on leadership roles. 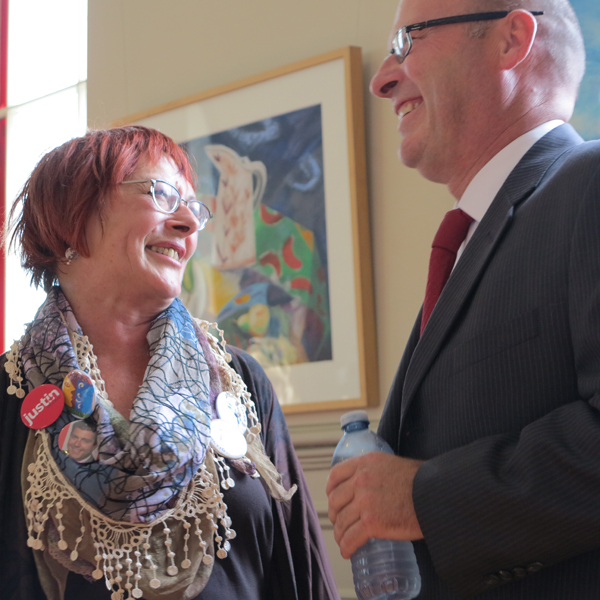 Plus those active Baby Boomers started up all kinds of organizations that didn’t exist in our area before their energy arrived … like many of the list I mentioned above! 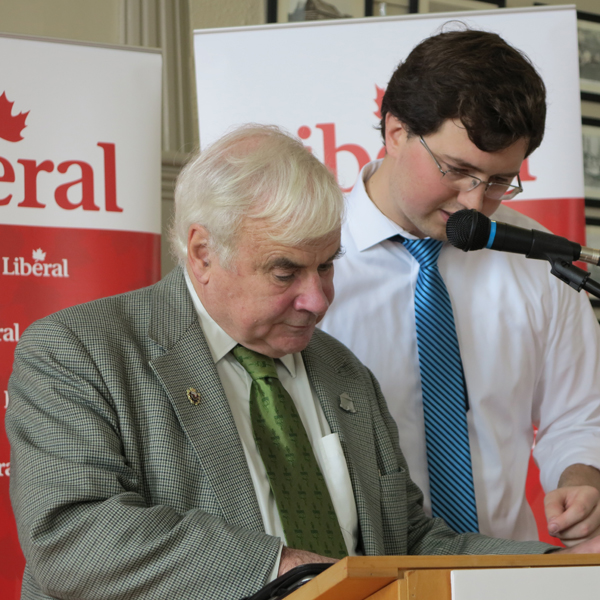 It is one thing to ‘read’ about demographics … and quite another to see them so plainly set out in front of me. I was glad to see that the next ‘bubble’ (children of the ‘Boomers) are popping up in many places. Above, former Member of Parliament and Speaker of the House, Peter Milliken works with one of the young Liberals hosting the nomination meeting. 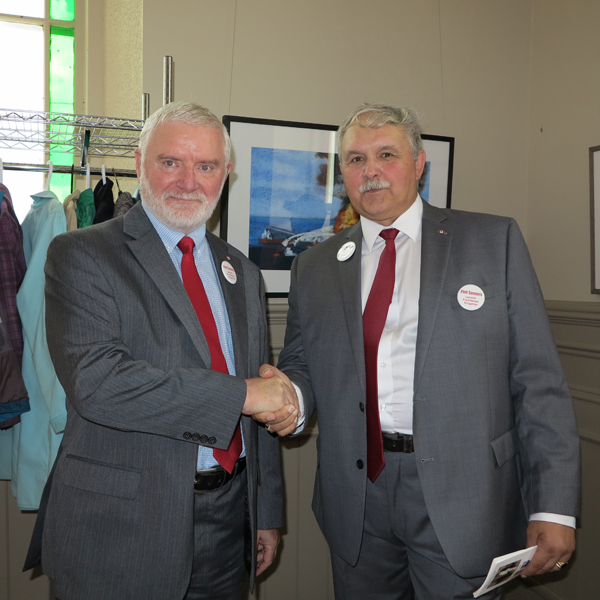 The two candidates running for the nomination also reflected this age difference. Above, Phil Somers (scientist and Royal Military College graduate / now prof) and his campaign manager Bob Leggett. (Phil came out to our fair in August and took part in the hay bale rolling contest. He and our mayor made it into the finals.) 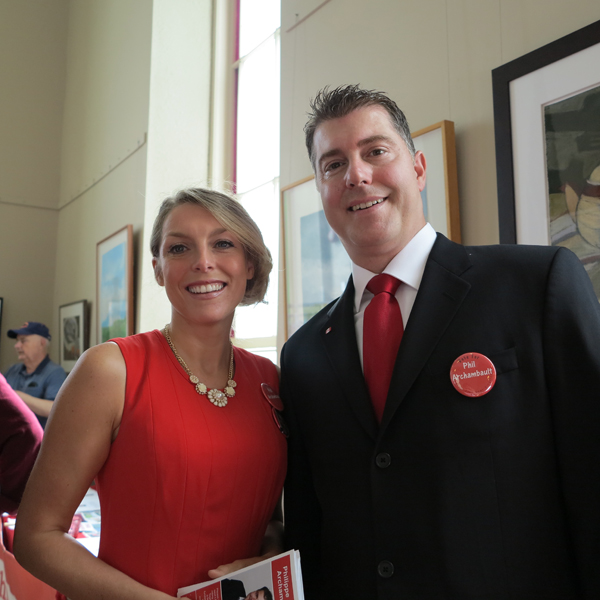 Philippe Archambault (pictured here with his wife) was the other candidate. He is a young father of three with experience in business and technology. The hall seemed to be buzzing with people who were excited about Philippe’s style and energy ~ and his similarity in passion and youthfulness with current Liberal Leader, Justin Trudeau. 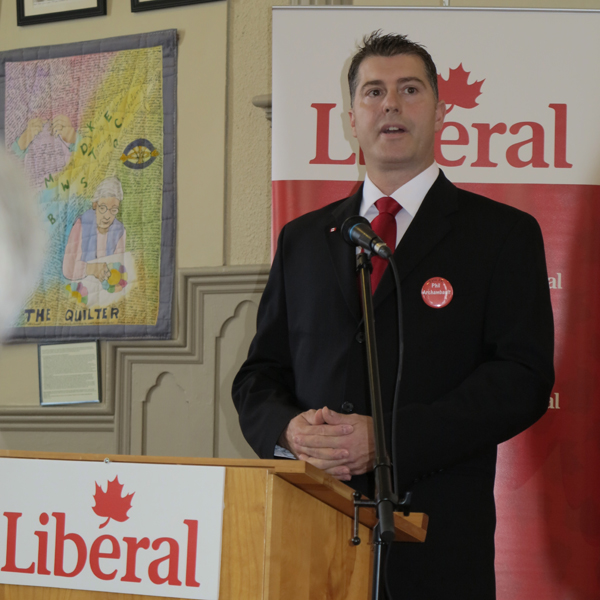 After each candidate had the opportunity to speak to the group campaigning was ‘off’ and voting was on… The whole operation was then moved to Perth for a second round of voting. This morning when we checked our sources we found that Philippe had been elected and would now be running in our area for the Liberal Party. I enjoyed being a part of that process! Now I’m wrestling with my tendency to settle for ‘listening’ to political debate from the sidelines … and my feeling of urgency to help in any way I can to change the current political landscape in our country. Stay tuned … 😉